Welcome to Doughnut Hole Productions (DHP Films), home of the only film company in the world that works for its millions of fans first and the money last!

We hope you enjoy your stay here whether it be the first or the millionth time you've passed through the sugary gates. Our cast and crew are devoted to making only the best entertainment for you!

The Secret in the Book 2: Legend of Travis Rountree is now online!

by Andrew
Friday, December 18, 2009 @ 5:57:52 PM
The Secret in the Book 2: Legend of Travis Rountree is now online! Click on the link below to get to the film page. There is a large DivX version hosted here on dhpfilms.com, and also 6 part versions on YouTube and Viddler. I would recommend the YouTube version, but if that doesn't work for you, there are other options. 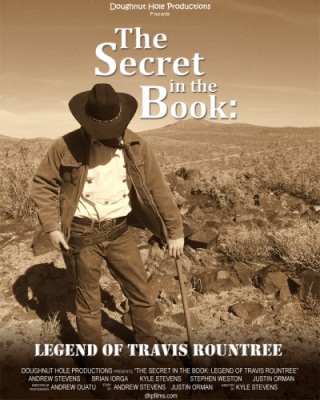 Look Out, Here it Comes!

by Justin
Sunday, December 13, 2009 @ 9:55:26 PM
If you're wearing socks, prepare to have them blown off! Coming Friday, December 18th is the dynamic second entry in DHP's 'Secret in the Book' series: The Legend of Travis Rountree. Starring Brian "Big B" Iorga and Andrew "Do the Drew" Stevens. Others in the cast are "Mysterious" Kyle Stevens, Steve-o Weston and "Jaunty" Justin Orman.